Ten days ago, I began driving west. I left Minneapolis in the early afternoon and made my way south to Des Moines. I was engaged in a phone conversation and breezed across the state line into Iowa, not even realizing I had left Minnesota. After refueling in Des Moines, I steered towards Omaha.

I had a SiriusXM 30 day trial activated before the trip and have been listening to Classic Vinyl as I drive for hours on end. They are highlighting the artists that will be playing at Desert Trip and that created some excitement for me as I will be in attendance the first weekend.

After seven hours of driving, I made my first stop for sleep. I have a small mattress on top of four crates in the back of my Honda Element and this was my first time sleeping in my car set up this way. After some tossing and turning, I fell asleep, then woke up four hours later. I got back on the road and after a short time, I could feel the effects of fatigue; but I kept on. I am experiencing some difficulty with night driving and it doesn’t help that the rural freeways aren’t illuminated by over head street lights as they are in cities. And there isn’t much traffic on the road at 3:30 in the morning.

I was tooling along with the cruise control on  at 70 mph, when suddenly, this huge “thing’ came out of nowhere and swooped over my car! As it passed, two important realities cut through my clouded mind: I just passed under an over pass and I needed to get off the road for more sleep. I pulled into the next rest stop and slept for another 90 minutes.

After a couple hours of driving, dawn arose as I crossed into Colorado and when I arrived in  Denver I was eight hours ahead of schedule. I spent two days in Denver with my nephew and then continued on. 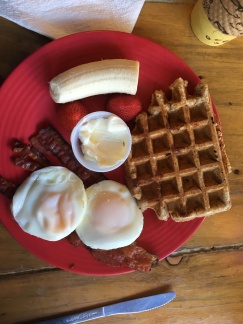 The drive out of Denver  was so beautiful with the Aspens ablaze of golden yellow which was a stark contrast to the dark green of the pines. 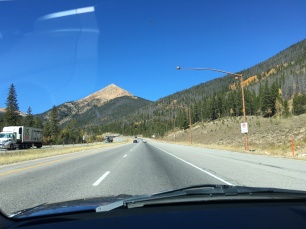 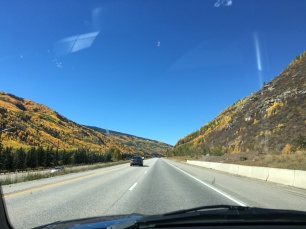 As I moved through Colorado and into Utah the mountains provided an every changing visual backdrop that seemed to make the miles and the time fly by. 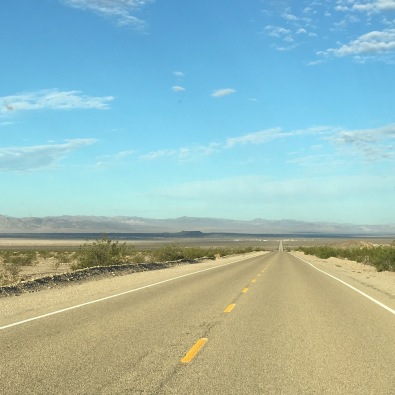 After of 11 hours of driving,  I rested in St. George, Utah.

I had a good block of sleep and left St. George at 4am, rolled through Las Vegas at 5am and crossed the border into California at 6am. Once at Cima Road and about to enter into the Mojave National Preserve, I took a 3o minute break as daybreak was just igniting trathe Eastern sky.

As I drove through the Mojave, excitement  began to build. I love the vast emptiness of this area. The horizon stretches for miles across the desert expanse to mountain ranges miles off in the distance. The majesty of this beauty was highlighted as the sunrise began to illuminate it all. 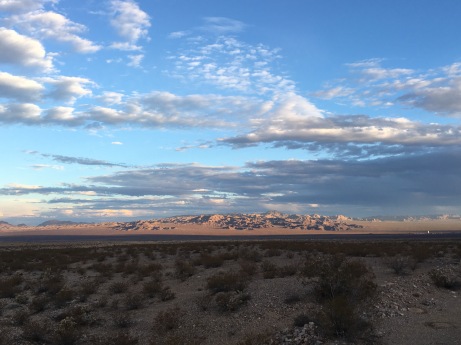 Jack rabbits kept darting out in front of my vehicle. On two occasions, miles apart, a coyote wandered into the road, looked at my approaching car, turned and went back into the desert. 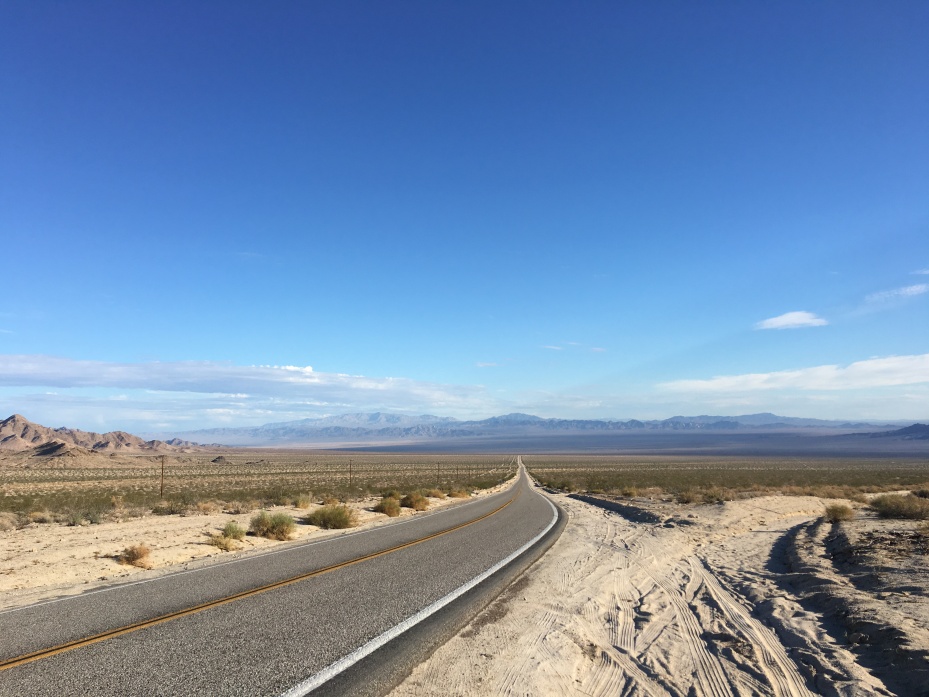 After hours traveling through the Mojave,  I arrived in the high desert community of 29 Palms, CA and began my descent through Joshua Tree, Yucca and Morongo Valleys into Palm Springs CA.